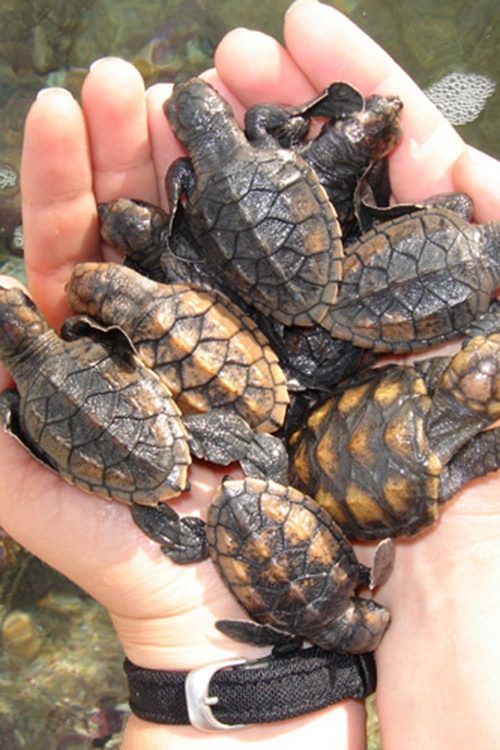 CWORI serves as a rehabilitation center for injured or sick turtles and even struggling hatchlings that have not found their way out to sea and the safety of mats of Sargassum seaweed. The rehabilitation center is located at and continues the work previously performed by Coral World Ocean Park.

Each year, CWORI helps dozens of hatchlings reach a safer environment. When tiny hatchling turtles are washed ashore, people often contact Coral World Ocean Park. CWORI collects them, and our rescue and rehabilitation staff ensures they are in good health before reintroducing them to the wild. We transport hatchlings offshore by boat and place them in floating mats of Sargassum seaweed to help camouflage them from predators.

Garbage thrown into the ocean or allowed to find its way there through neglect is a serious threat to all marine life. Young turtles inevitably attempt to eat some of this material, with devastating consequences. Plastic resembles food closely enough to fool even a mature turtle. Ingested plastic is toxic and can obstruct the stomach preventing the turtle from receiving essential nutrition. This often leads to a slow death. 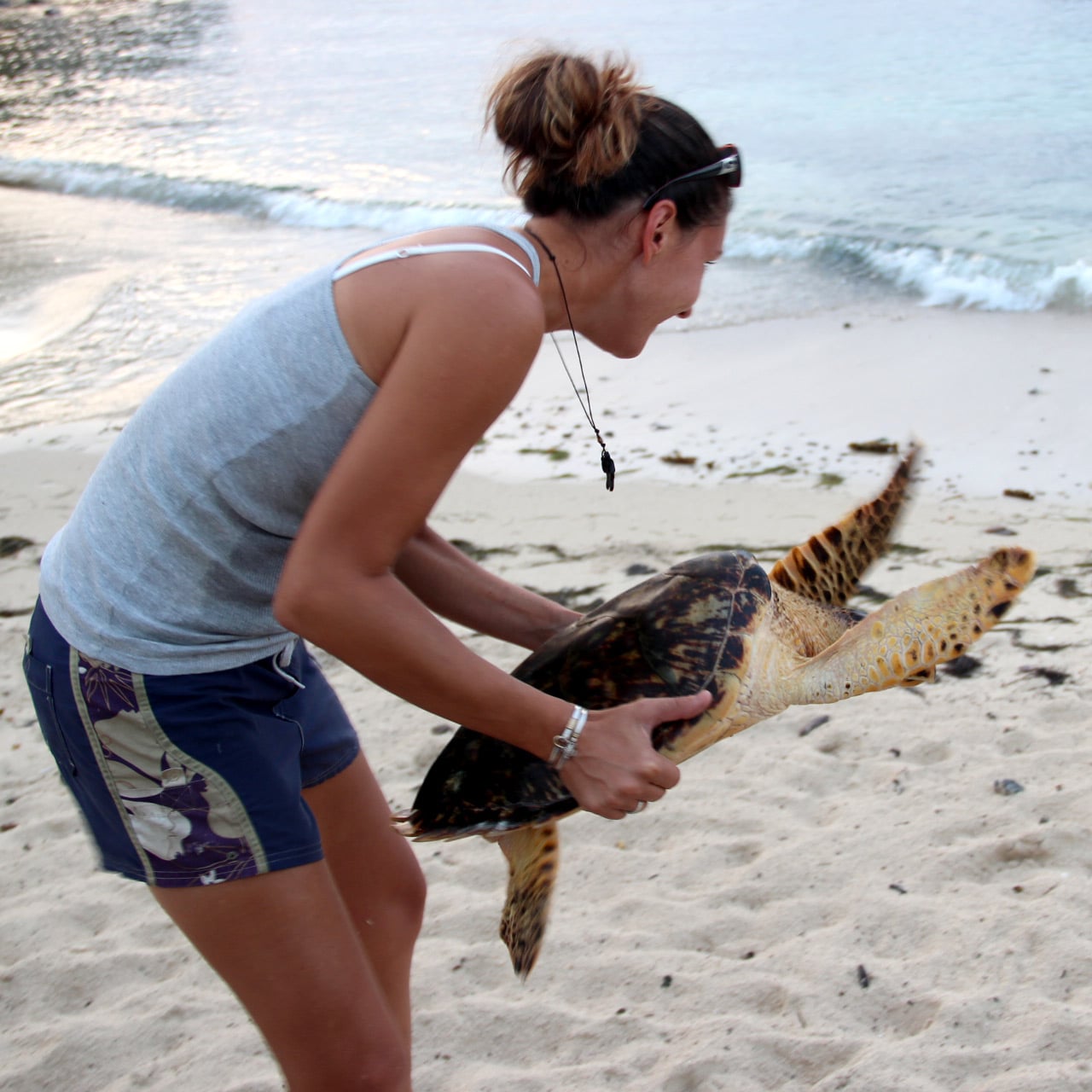 Artificial lighting from buildings, streetlights, and beachfront properties has a disorienting effect on hatchlings who find their way to the sea by the light reflected off the ocean. Even adult turtles can mistakenly move inland after egg laying, and nesting females tend to avoid areas where beachfront lighting is most intense. CWORI is working with local hotels to ensure that their beachfront lighting is designed to avoid disorienting sea turtles.

Unfortunately for sea turtles in many areas of the world, including the West Indies, their eggs and their meat are still highly prized. Even though possession of sea turtles or sea turtle parts without a permit is illegal in the U.S., including the U.S. Virgin Islands, it is not illegal in the neighboring British Virgin Islands and some Virgin Islanders, both U.S. and British, still like to eat turtle meat. CWORI has been involved in many successful rehabilitations of turtles that were caught or injured with intent to capture for eating. 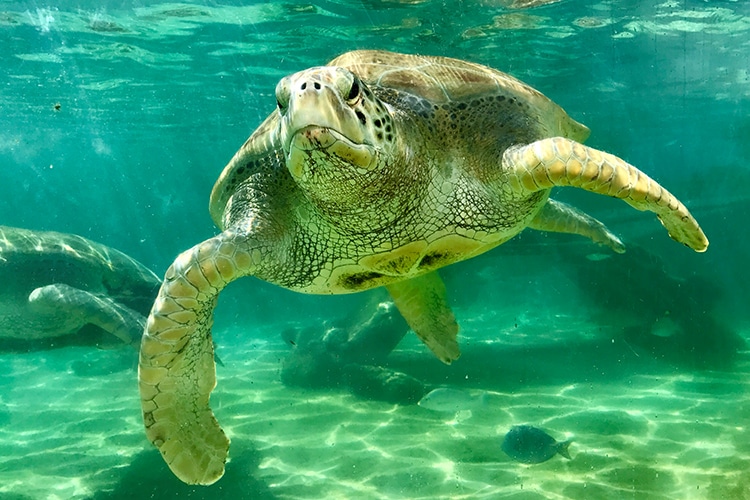 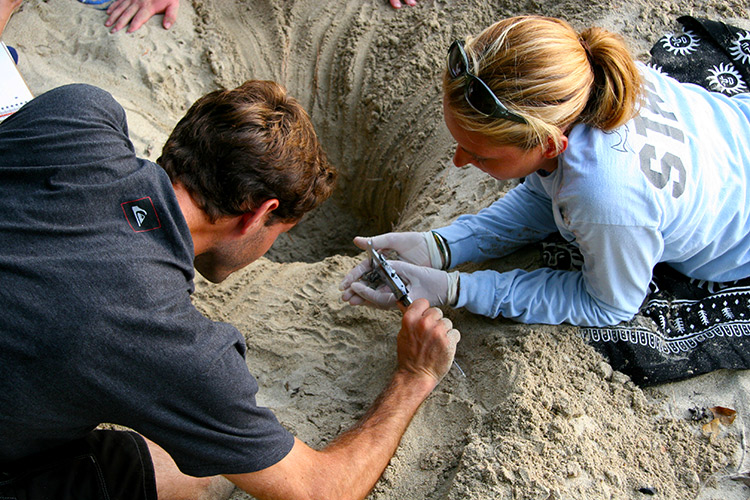 Turtles throughout the world are also endangered by the continuing loss of nesting habitat. Research suggests that marine turtles have an extremely high affinity for their nesting beaches so the loss or reduction of even a single nesting beach can have serious effects. The most serious threat is caused by increased human presence on beaches, especially at night, which causes nesting females to try to shift their nesting sites, sometimes to less suitable beaches. Egg-laying can be aborted or delayed as well. Recreational use discourages nesting activity on beaches that have been used for millennia. The introduction of recreational equipment such as lounge chairs, umbrellas, small boats, and beach cycles, to name a few, can further reduce the usefulness of a beach for nesting, and can seriously damage or destroy any existing nests.

WE HAVE THE POWER TO IMPACT OUR FUTURE, AND WE’RE DOING SOMETHING ABOUT IT.

There are many ways our oceans need us and CWORI is ready to help but we need your help
to make it possible.